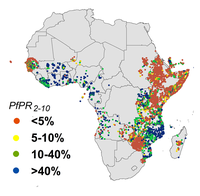 In the last 15 years 260 million clinical cases of malaria have been prevented in Sub Saharan Africa, overwhelmingly through the use of insecticides that target the mosquito vector. Insecticide resistance is therefore a major threat to the sustained control of malaria. Whole genome sequencing of malaria mosquitoes has the power to revolutionise our understanding of the evolution of insecticide resistance; allowing us to design new insecticides and to develop strategies that delay the onset of resistance. However genomic technologies will only reach their full potential with improved sampling design and when extensive individual and population level metadata (collection location, infection/ disease state etc) accompany each sequenced sample.

Within this project, CHICAS will support the development of spatially- and temporally- explicit sampling frameworks for malaria vectors to permit local-scale genetic tracking and prediction of (i) population connectivity, (ii) temporal stability and (iii) insecticide resistance.

This is a £500000 MRC-led Foundation Award, with support from BBSRC, led by Prof Martin Donnelly of the Liverpool School of Tropical Medicine and starting the 1st of April 2017 for 2 years.