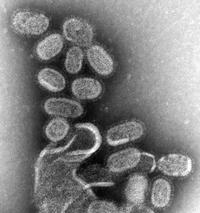 This project is funded by the Colt Foundation.

Influenza is an acute, contagious respiratory infection. Influenza causes considerable mortality and morbidity each year and can be a primary, underlying or contributing factor to cause of death. In hospital, influenza poses a risk to both medical staff and patients; it is one of the leading causes of respiratory infection and can be fatal in the elderly. Vaccination remains the most effective method of influenza prevention and control.

Medical communities and government commonly recommend seasonal immunisation against influenza to reduce the occupational risk of infection for HCWs and medical students. A suitable seasonal vaccine is available and supplied to HCWs for free, and is highly encouraged for anyone in the health care profession. Despite this only 54.8% all frontline HCWs choose to be immunised.

Social network analysis (SNA) has become an increasingly popular tool in public health and epidemiological studies. Unlike some other statistical approaches such as, Susceptible – Infected – Recovered (SIR) models, SNA does not assume random mixing within a population, rather that any population has a non-random structure and that this influences interactions within it. Analysing network structures can be highly informative, particularly when studying phenomena such as transmission pathways for infectious diseases. SNA allows the evaluation of an individual’s behaviour, taking into account the influence of their spatial position within the social network.

The following animation shows a simulated spread of infection on a social network:

It has been shown that individuals who are connected within a social network may influence each other’s behaviour, even when not connected directly. In the context of vaccination behaviour, Brunson (2013) found that social networks play a role in parents’ vaccination decision-making for their children. For the majority of parents studied, the people included in their social networks were more influential than other sources of information, such as the media; the percentage of people recommending non-conformity held the highest predictive power of parents’ vaccination decision. If an individual’s vaccination decision is affected by their immediate social circle, clusters of unvaccinated individuals can develop –and these clusters may then facilitate outbreaks of infection. It may be the case that there are similar influences at work when HCWs are making a decision as to whether or not to get vaccinated against seasonal influenza. However, despite increased interest in improving vaccination uptake in this sub-population, vaccine uptake in HCWs has not been studied from a social network perspective. Research in the field of communications analysis has shown that network analysis has the potential to identify the structure of information diffusion within a social network and identify influential individuals. Therefore, in the case of HCWs seasonal influenza vaccination it may be possible to identify (and target) highly influential individuals within a network, in order to diffuse vaccination practices and improve uptake rates. It is hoped that improving vaccination uptake in HCWs will reduce their own occupational risk; that of their colleagues’; and improve the safety of their at risk patients.

This work is in collaboration with Rachel Isba of the Medical School.