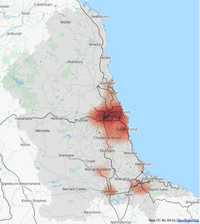 Campylobacter is the most common bacterial cause of reported gastrointestinal illness in England and Wales. While food-borne transmission is a major cause of these infections, a large proportion of cases have no known origin.

The ENIGMA Project, a Liverpool-led consortium aims to identify the key reservoirs, environmental and social drivers of Campylobacter that affect human disease; analyse seasonal variations in pathogen load and their impacts on exposure and disease; understand the relative roles of the transmission pathways and thus points of control; and generate future projections of disease risk and its control.

For its part in the project, Lancaster are developing more sophisticated methodologies for the integrated analysis of multiple datasets recorded at different spatio-temporal resolutions.